Hawkins was taken to a hospital in an ambulance after a severe pulmonary episode left him unable to breathe. He was then admitted to Park Bridge, a long-term nursing facility in Alameda, where he has been living ever since. There, nurses remind him to take medication for his diabetes and heart problems, and physical therapists help him do exercises to relieve fluid retention in his legs that makes it hard to walk. The services are covered by Medi-Cal, the state’s Medicaid insurance program for the poor.

Hawkins, 71, is one of tens of thousands of nursing home residents in California who would pay more for care, or receive less of it, under the Republicans’ proposal to replace the Affordable Care Act. The health care bill introduced by the Senate last month, called the Better Care Reconciliation Act, would reduce federal spending on Medicaid dramatically — by 35 percent in 2036, according to the nonpartisan Congressional Budget Office.

Medicaid is an insurance program for the poor, and most beneficiaries are children, pregnant women or nonelderly adults. But the program also pays for two-thirds of the 1.4 million older Americans who live in nursing facilities across the country. In California, which operates the nation’s largest Medicaid program, three-fifths of nursing home residents — a total of 62,000 people, including Hawkins — get their care covered by Medi-Cal. Many nursing home residents are on both Medicare and Medi-Cal. But because Medicare does not cover long-term care such as nursing home stays, Medi-Cal picks up the tab.

While long-term nursing home residents make up just 2 percent of all Medicaid beneficiaries, they account for 20 percent of Medicaid spending, according to the Medicaid and CHIP Payment and Access Commission, a nonpartisan congressional advisory commission. That is because the elderly in institutional care typically have more and costlier health needs than younger people on Medicaid.

Both the GOP House and Senate health bills would shift the costs of Medicaid onto the states, which the bills’ proponents say would give states more flexibility to run the program. But many policy experts contend it would most likely lead to states being forced to either reduce benefits for the entire Medicaid population, or reduce the number of people who receive them.

The House passed its health care bill in May. The Senate is scheduled to return to Washington next week, though it is unclear whether it will vote on the measure, as Republicans are several votes shy of the 50 needed to advance the legislation.

Both bills would end the expanded federal dollars that go to state Medicaid programs under the Affordable Care Act to enroll more beneficiaries; in California, this allowed nearly 4 million new Californians to enroll in Medi-Cal since 2013. More significantly, the GOP proposals would change the way the federal government funds Medicaid in the long term by capping the amount of federal money each enrollee receives each year — and tying the annual growth rate of that number to the overall inflation rate, which grows more slowly than the rate at which health care costs rise.

“These bills are damaging well beyond repealing and replacing the Affordable Care Act,” said Susan Ehrlich, CEO of Zuckerberg San Francisco General Hospital, which serves mostly poor Medi-Cal patients. “This is really just a giant cut to the Medicaid program.”

The Congressional Budget Office found that the Senate bill would reduce projected Medicaid spending by $772 billion in the next decade, and 15 million fewer people would be covered by Medicaid in 2026.

California would have to spend an additional $30 billion by 2027 to maintain the program’s current benefits, according to estimates from the state Department of Finance and Department of Health Care Services, which administers Medi-Cal.

If the state cannot come up with that extra funding, some nursing home residents and their families could either have to shoulder a greater portion of the bill themselves, or seek another long-term care option. Administrators of local health systems worry they would have to limit their services or raise eligibility requirements for residents — which could send elderly patients to already-crowded hospitals and emergency rooms.

“The cuts could result in lower reimbursement to nursing homes throughout California and the nation, which could cause some nursing homes to close,” said Richard Espinoza, chief administrative officer of post-acute care at Alameda Health System, which operates Park Bridge and three other long-term skilled nursing facilities in the East Bay that house about 200 residents, mostly poor seniors. At least 75 percent of the residents have their care primarily covered by Medi-Cal.

Hawkins, who is closely following the health care legislation in Congress, is concerned the proposed Medicaid cuts could force him out of the nursing home. He has nowhere else to go, he said. 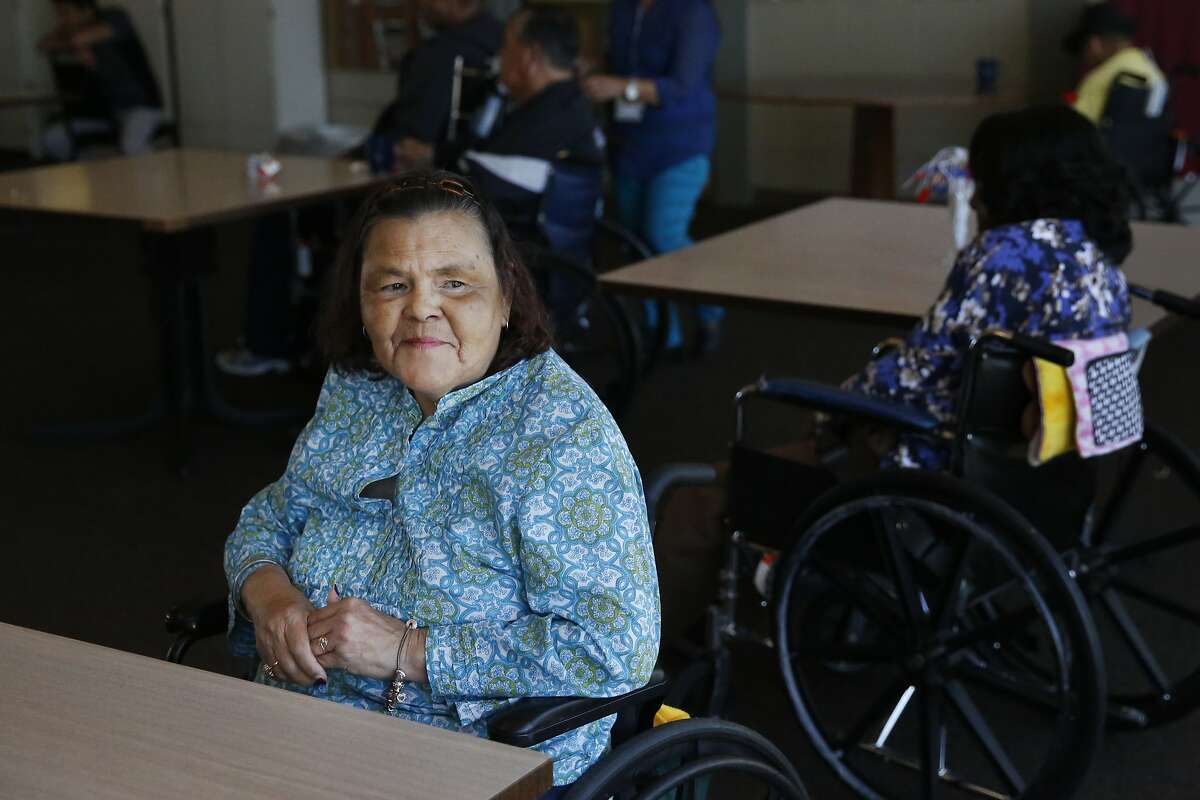 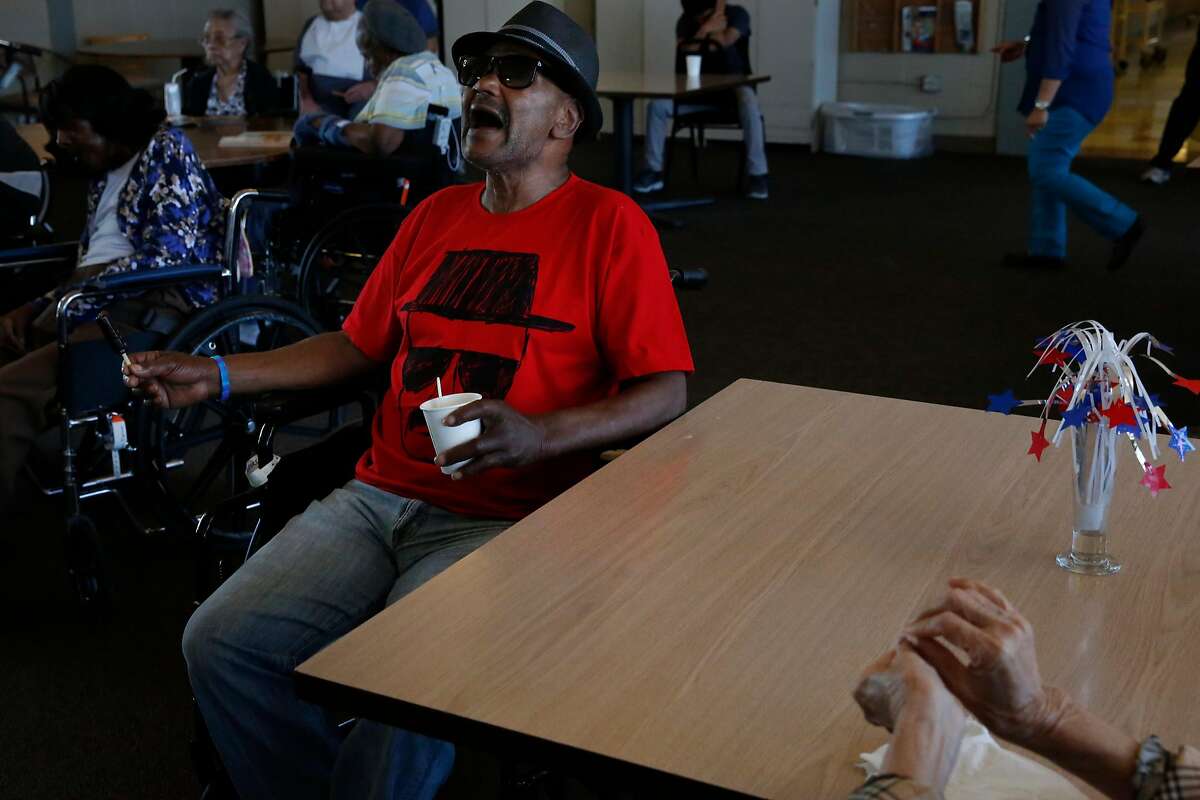 Robert Hawkins sings along to live music in the community room at the Waters Edge nursing home. Photo: Leah Millis, The Chronicle 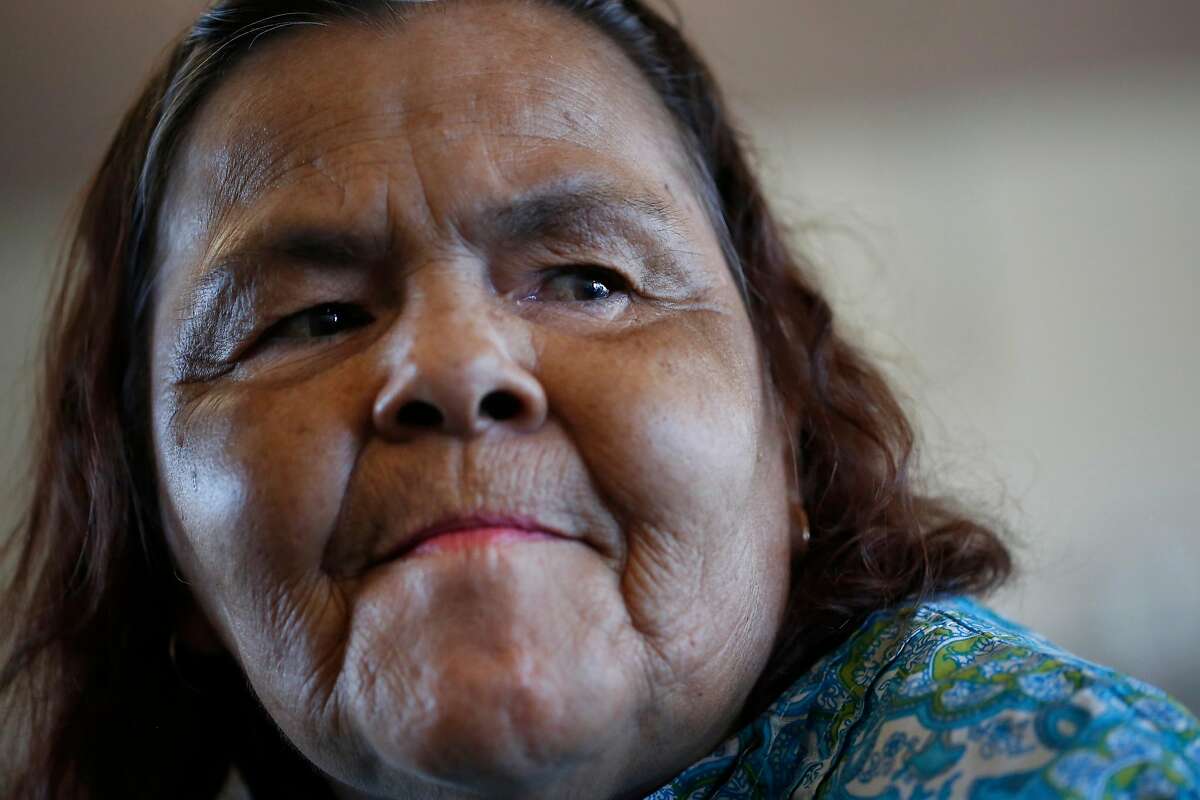